Nothing is known of the early life or education of Ian Karkull prior to his  appearance in the late 1930's. The first recorded knowledge of Ian Karkull was as a scientist and archeologist working in the Sahara Desert with partner Everett Dahlen. The two sought to discover the lost city of Ragnor, a mystic city rumored to possess great wealth and a knowledge of dark powers. Finding it, the two came upon a ruby of incredible size and value and immediately began to quarrel over it. Dahlen stunned Karkull with a savage blow and left him to die in the hidden city. Abandoned in the lost city for days, Karkull learned an undisclosed array of secrets and magics that he carried with him back to America when he was finally rescued by nomadic Arabs.

Arriving in New York, Karkull built a machine based on what he had learned. With it, he could turn men into intangible shadows. His initial goals were two-fold: to avenge himself on Everett Dahlen and build a cache of wealth to launch the next phase of his criminal career. His first goal was easily met, slaying Dahlen with the aide of a shadowy assassin. Karkull's plans were complicated however, when the murder attracted the attention of Dr. Fate. Fate pursued the shadow-men on their next outing at a local bank and confronted Karkull in his lair. To elude the mage, Karkull transformed himself into a shadow. The criminal had outsmarted himself however, since Dr. Fate then promptly destroyed the machine that would return him to human form. After lecturing Karkull on the penalties of an evil life, Fate left the shadow to his own devices (More Fun Comics #69). 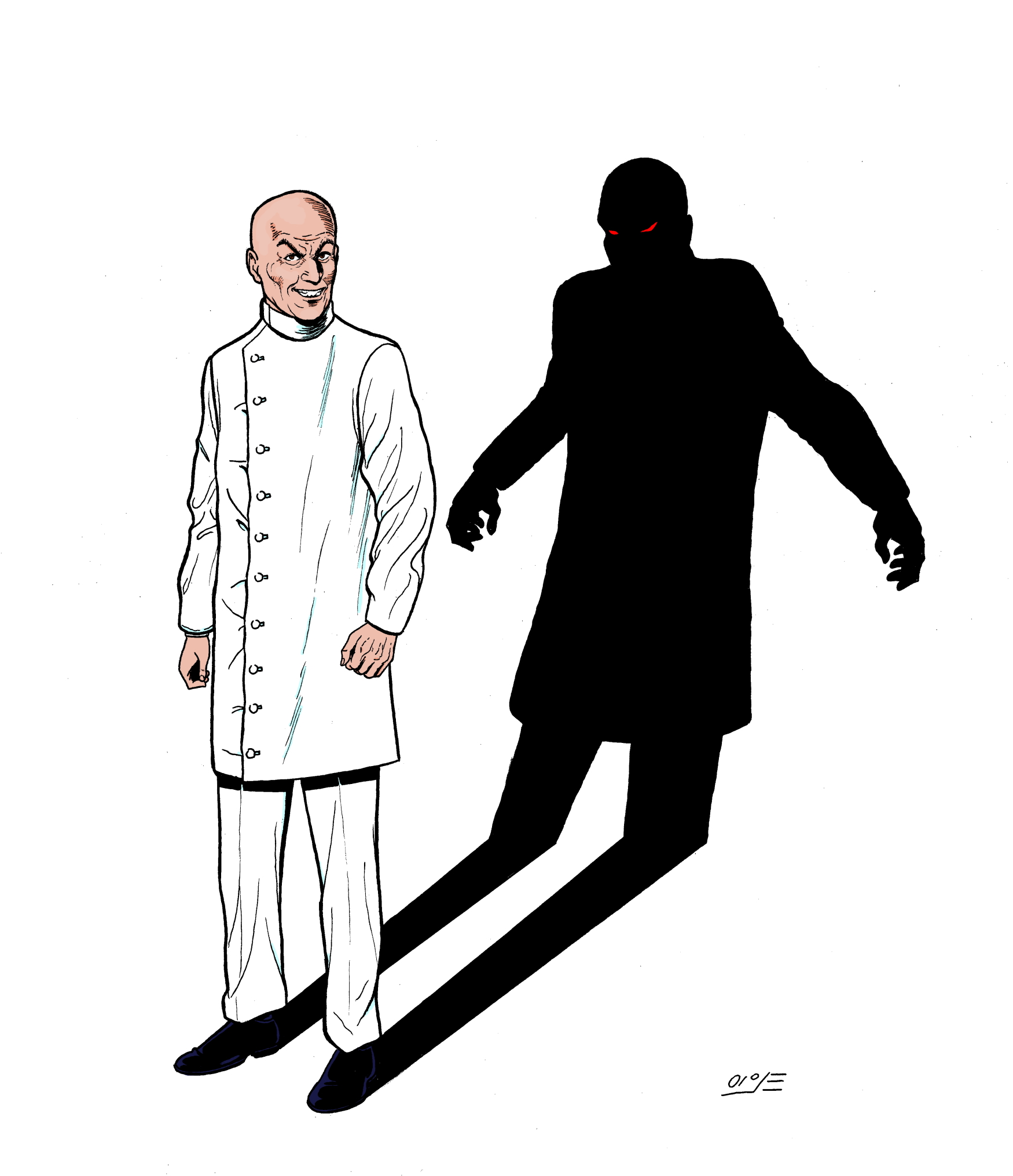 For an undetermined period of time, Karkull wandered the Earth, plotting his revenge. At some point he was contacted by the astral form of the arch-mage Wotan, another foe of Dr. Fate. Wotan educated Karkull on the magicks needed to free his body from the deep tomb in which Fate had trapped him. The two then relocated to a hidden city in the Arctic to gather their strength. Their plans came to the attention of Dr. Fate when they destroyed an expedition of Navy scientists who came too close to their lair. Tracking the villains across the frozen wasteland, Fate confronted his two foes only to be captured. His release was accomplished by a surprise assault by the U.S. Navy, led by the sole survivor of the doomed expedition. The men were no match for the powerful weaponry employed by Karkull and Wotan but distracted them long enough for Dr. Fate to escape. After ensuring the safety of the sailors, Fate turned his full wrath on the villains, reflecting their own device against them. Seeing them apparently destroyed, Fate left the Arctic city to burn to the ground (More Fun Comics #70).

Karkull was not dead however but fled to the Dark Dimension worshipped by the denizens of Ragnor known as the Shadowlands. The priests of Ragnor sacrificed the shadows of their victims to the forces of the Shadowlands and Karkull collected these shadows to empower himself. In 1942, he used the arcane forces in the Shadowlands to learn the names of future presidents of the United States and dispatched a strike force of super-villains to murder them. This effort was opposed by the Justice Society, which thwarted each of the villains except for Karkull's ally, Wotan. What effect the murder of Wotan's victim was has never been revealed. Tracking the trails of the emissary villains, the JSA confronted Karkull, blasting him with their combined powers. The forces exceeded Karkull's ability to contain the ancient shadows, when exploded out of him, seemingly tearing him apart. The radiation of the shadows' departure bathed the assembled heroes, apparently extending their lives and affecting them in other, unknown ways (All-Star Squadron Annual #3.

The activities of Ian Karkull on Earth-Two and whether he ultimately survived the encounter in 1942 remains unknown. 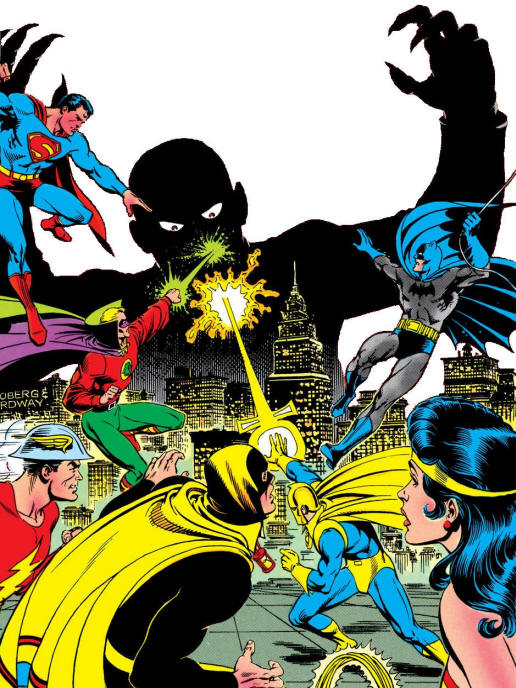 Ian Karkull is possessed several skills making him a formidable adversary. First, he has considerable scientific acumen, having invented the device that made men into shadows based on arcane secrets in the city of Ragnor. Secondly, he has mastered certain mystic forces allowing him to access a dark realm known as the Shadowlands. Using this access, he has been able to utilize the shadows trapped by the ancient mages of Ragnor to further his own ends. Finally, Karkull is no longer human in form, being composed of a dark shadowy material. This form is intangible and easily hidden in darkness. It also may have altered responses to normal forces like gravity, impact or the passage of time.

Karkull is no longer able to assume human form and is trapped as an eternal shadow. How this affects his aging and susceptibility to natural forces remains unknown.

The post-crisis history of Ian Karkull is though to largely resembler his Earth-2 counterpart.  On this earth, the battle with the All-Star Squadron drained him significantly, so much that he needed half a century to recover.  In the year 2000, he approached the hero known as Obsidian, son of Alan Scott, the original Green Lantern and father of Obsidian.. In bathing the heroes in 1942, Karkull had contaminated the genes of Scott and when he later married Obsidian's mother, the schizophrenic villainess known as the Thorn passed her instability onto her son. Further corrupted by Karkull's influence and the abusiveness of his own father, the Obsidian joined Karkull in unleashing the forces of the Shadowlands on Milwaukee.

This act attracted the attention of the newly-reformed JSA, which engaged the pair. Karkull used the shadows under his command to possess the JSA while Obsidian used his own powers of darkness to spread a wave of blackness over Milwaukee. Believing himself in control, Karkull decided to dispense with the young hero. To his dismay, he learned the Obsidian had not only succumbed to the Shadowlands but had become one with it. It was Karkull himself who had outlived his usefulness. Obsidian turned on Karkull, absorbing the elder villain back into the Shadowlands. Using the now greatly magnified range of his powers, Obsidian then spread a cloak of blackness across the globe. The final fate of Karkull and whether he can return from whatever realm he was sent by Obsidian remains unknown (JSA #7-9).