Little is known of the criminal known as the Killer Moth on Earth-Two prior to his appearance in 1951 in Gotham City.  It known that he was a prisoner 234026.  Fascinated by the Batman since his earliest career, the prisoner spent years in prison following media coverage of the Dark Knight Detective.  In 1951, he was released and used the considerable stash from his previous life of crime to create the identity of Cameron Van Cleer, a wealthy socialite.  He purchased a large mansion and built a cave underneath, murdering the men who excavated it to keep it a secret.  In the weeks that followed, he built out a lair reminiscent of Batman’s  - with a Mothmobile, a trophy room and a crime lab.  He adopted the identity of The Killer Moth and offered himself to Gotham’s underworld as an anti-Batman, who would come to their rescue when the law gained the upper hand.

The very first evening of his new career, Van Cleer was at a high-end social event with Bruce Wayne when he received the Moth-Signal he had provided the criminals to contact him.  Making quick excuses, along with Wayne, he headed out to suit up and rescue the thieves. Arriving quickly, he turned the  tide but was interrupted by the arrival of the Batman.  Initially knocked off his game, the Moth quickly recovered and lured Batman and Robin into a car chase with the Mothmobile.  Using specializing exhaust vents, he blinded then sedated the two heroes and took them back to his lair.  Their he bound Robin over a death trap, twisting over a flame and demanded that Batman take him to the Bat-Cave in exchanged for Robin’s life.  Cornered, the Batman agrees.

As the Batmobile drives to the Bat-Cave, Robin captured a canister of Sulphur with his feet and used the weight of it to extend the ropes and break himself free.  Quickly radioing Batman that he escaped, the Moth terminated their trip to the Bat-Cave and attempt to flee up the support of a suspension bridge.  With Batman in hot pursuit the Moth used a greasy pack to cause the hero to loose in his grip but seeing Batman dissolve it, caused the Moth to throw the grase pack at him, losing his footing in the process. The Moth plunged into the murky depths of the river and was presumed deceased (Batman #63). 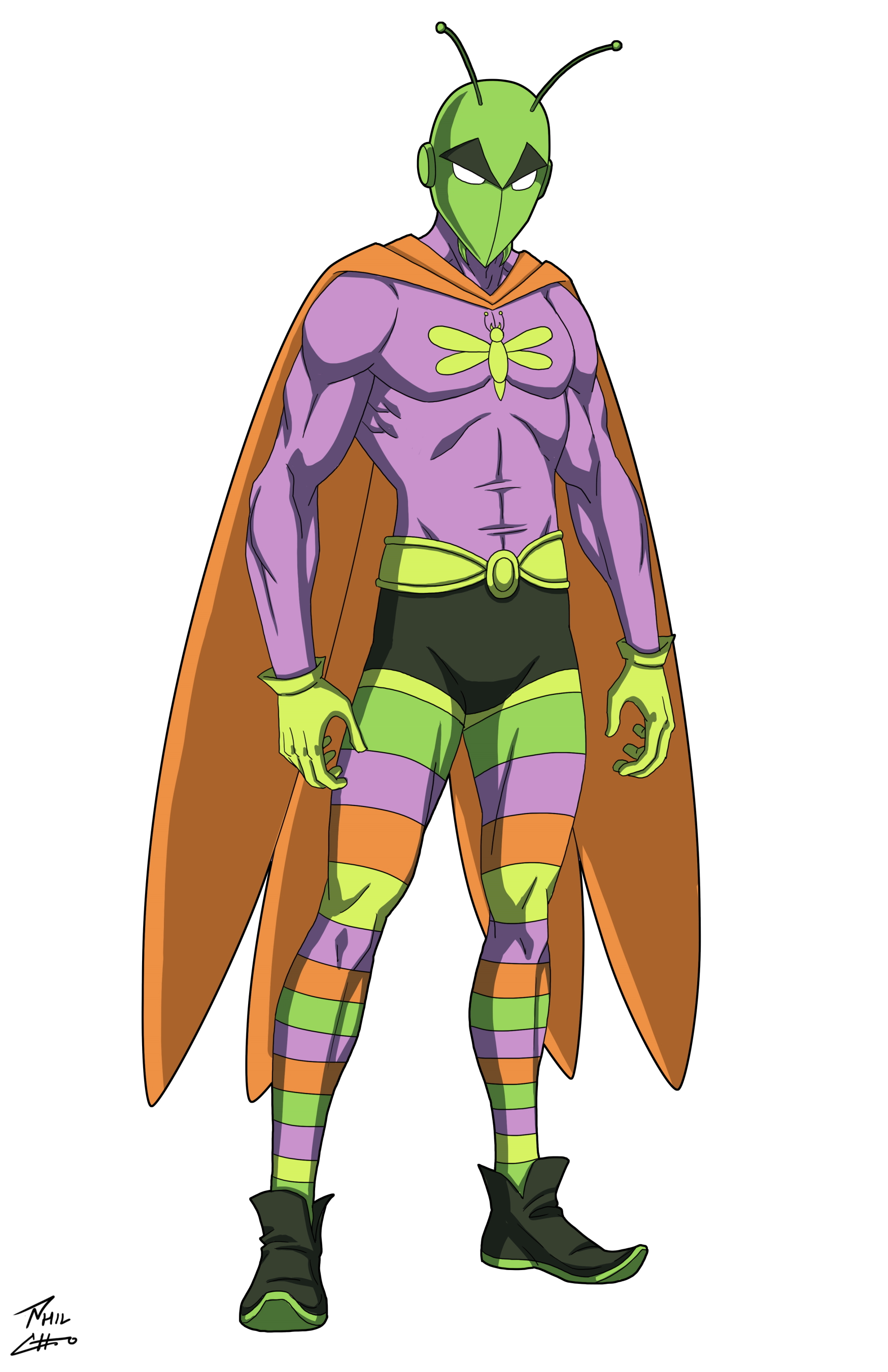 As is often  the case, his death was not as it seemed and the wings of his uniform had slowed his dissent.  Swimming into a drain pipe, he emerged under a manhole cover, drenched and exposed to some passing criminals.  Laughing into the night, the crooks regaled their fellows that the Killer Moth was no match for Batman and his moth signal was silent for weeks.  Enraged that he had lost his angle of crime, the Killer Moth swore to avenge himself on Batman.

As van Cleer, the Moth learned of a moth-themed archeological treasure in safe-keeping by the museum and decided to steal it piece by piece to restore his reputation in the underworld.  After the first piece is stolen, he leaves graffiti, revealing his identity to clue in the underworld but in so doing, his fellow member Bruce Wayne realizes that a member of the board must also be Killer Moth.  At a secret conclave to discuss the matter, the board is sealed in but the Moth cannot resist another brazen theft, moving an idol to a place that it can recovered later.  His theft is interrupted by Batman and the two struggle, setting off an X-ray device and toppling a set of artifacts onto Batman, allowing the Moth to escape.

The following day, the Moth realized as Batman had, that his adversary was a member of the board.  From their builds, he deduced it had to be Bruce Wayne.   Before he could act on this knowledge, he got a Moth-Signal indicating that he had return to the good graces of the underworld but the arrival of Batman and Robin panicked him and he fled.  At a meeting of the board the following day, Batman searched for clues and when only Van Cleer took milk with his coffee, his milk moustache gave him away.  When the Moth staged his next robbery, the Batman following directly home, exposing him and finally arresting the Killer Moth (Batman #64).

Weeks later, the Moth escaped prison and lamented his plans.  He had squandered most of his money on the Van Cleer identity and had no obvious way to avenge himself on Batman.  He hit on the idea of adopting a new identity and selected Bruce Wayne from his prior encounters.  Kidnapping Wayne, he took him to a criminal plastic surgeon and had his face altered to exactly match.  Leaving the kidnapped Wayne in an old vault, the imposter ventured into Wayne Manor where he found Dick Grayson urgently calling him into the Bat-Cave.  Realizing that Wayne was in fact Batman, he suited up in the hero’s uniform and visited Commission Gordon with Robin.

At the police office, he learned  that the Whitey Casey Gang, who never bought into the Killer Moth strategy, was staging a series of thefts.  As Batman, the Moth and Robin intercepted the gang in a truck robbery and sent them fleeing.  Visiting Casey as the Moth later, he offered another chance at the racket and  the following evening, staged a hasty “retreat” for Batman and Robin as the Moth signal was fired. Convinced that the Moth was legit, Casey staged a second robbery but unknown to the Moth, the real Batman has escaped.  When he tried to stash Robin with Bruce Wayne, he realized the problem and raced back to warn Casey.  Instead, the real Batman arrived and thinking the Moth had lured them into a trap, the gangster gunned the Moth down as he tried to flee.  Batman rushed him to the hospital where his life was saved by the hail of bullets had ruined his feature and a bullet in his brain had ruined his short-term memory.  Any knowledge of Batman’s dual identity was lost.

No further cases on the Killer Moth are recorded on Earth-Two and his ultimate fate is unknown. 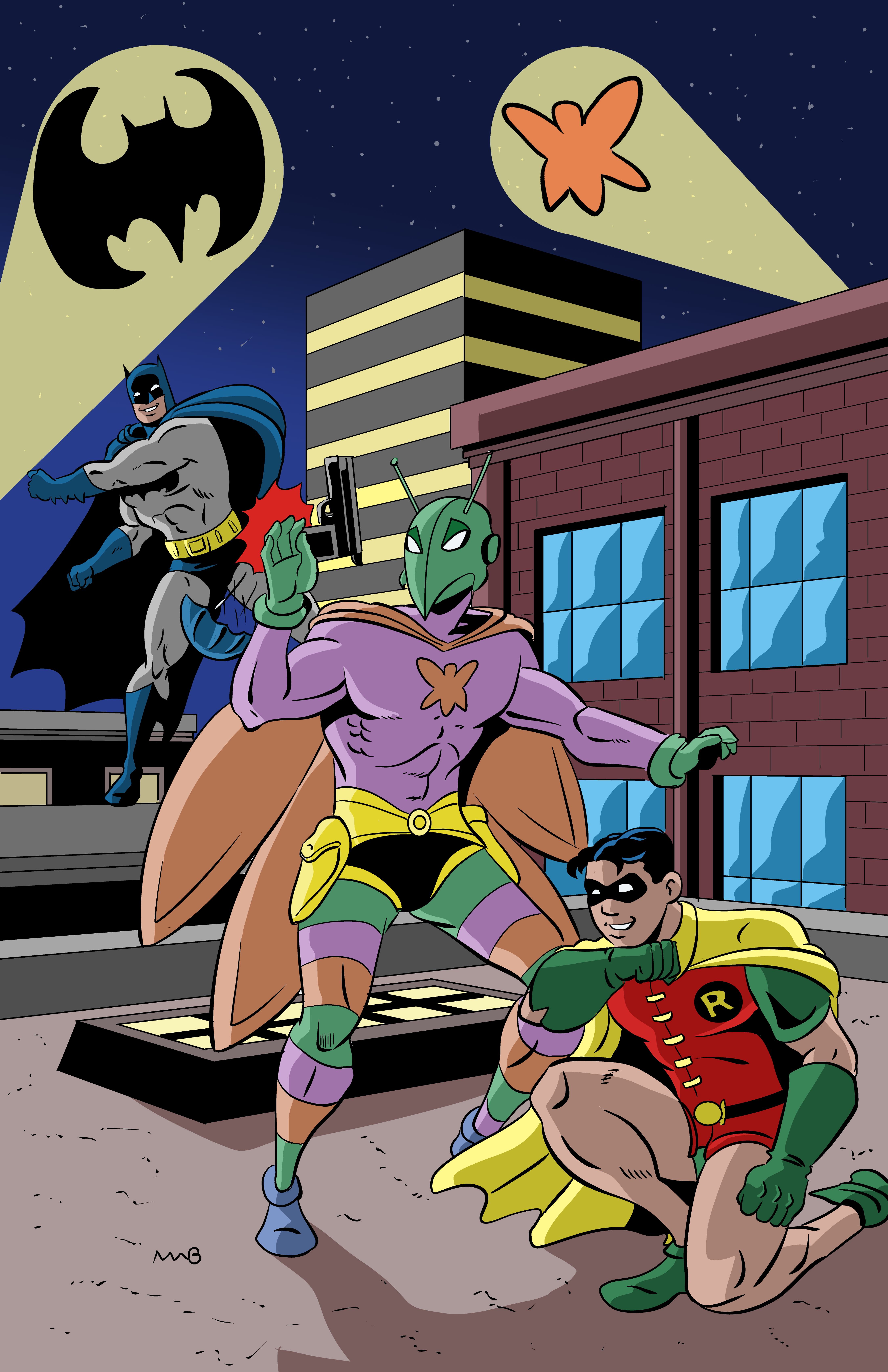 The Killer Moth of Earth-Two was an exceptional athlete and financed by the "Van Cleer fortune", possessed an armament of crime equivalent to Batman's, including a Mothmobile, a Mothbelt and Moth-based weapons.

Seperated from his weaponry, the Killer Moth was a normal human and coule be injured and captured as such.  His criminal accumen is arguably below par and while he must have been successful in prior activities to acquire the "Van Cleer fortune", his success as the Killer Moth was nominal.

The early career of the Earth-One Killer Moth is thought to largely recapitulate his Earth-Two counterpart.  The Earth-One version, however, evidently survived his injuries and returned to crime, albeit as  mainly a nuisance criminal and background character.  His main adversary was eventually Batgirl (Detective #359 and #468, Batman Family #10 and #15).  He was included among gatherings of Batman's Rogues (Batman #291-294 and #400, Detective #526) and invited to join the Secret Society of Super-Villains (Secret Society of Super-Villains #15-16), he is never a major threat. His fate on Earth-One is unrevealed. 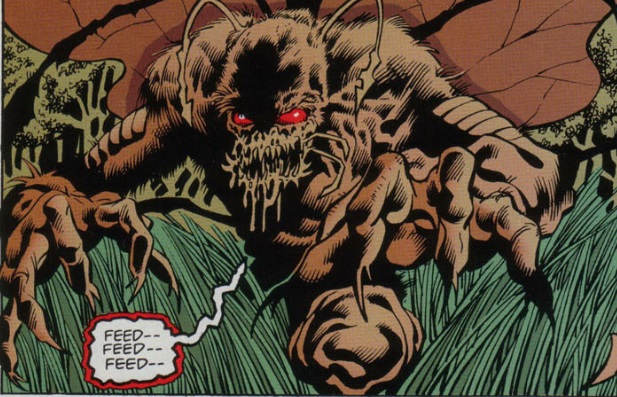 In the world that emerged from the Crisis events, the Cavalier had an essentially identical history as his Earth-One and Earth-Two counterparts.  Ultimately tired of his humiliation as a costumed criminal, he made a deal with the demon Neron to get a super-powered upgrade in exchange for his soul.  As in most demonic bargains, one should be careful what one wishes for and while the Moth was indeed vastly powered-up, it cost him his humanity as he assumed an insectoid form as Charaxes (Underworld Unleashed LS).  A more fearsome criminal primarily opposed by Robin, Charaxes was ultimately slain by Superboy-Prime during in the Infinite Crisis (Infinite Crisis #7).