Nothing is known about the background of the criminal known as the Face, including is name, background, age or race.  The first clearly documented encounter on Earth-Two occurred in late 1939 when the home of Wes Dodds was broken into by someone who turned out to be a old school chum, Billy Winslow.  Realizing he had broken into the home of a sympathetic ear, Winslow unburdened himself on Dodds, revealing his history in prison and his pursuit of a man known only as the “The Face”.  As they continued talking, Dodd’s butler announced the arrival of a police officer, who was revealed to be the Face.  The Face shot Winslow dead and seriously wounded Dodds before fleeing the scene.

After recovering, Dodds visits the police we claim no legitimate officer had visited his residence but provided the name of the uniform supplier.  As the Sandman, Dodds broke into the uniform shop and left with its ledger.  He then spend an evening evidently drinking heavily in public to provide an alibi for himself.  The next evening, an entry in the ledger revealed a name and address for a “police uniform", inviting an investigation from the Sandman.  In the dilapidated apartment, Sandman finds a note to a henchmen to meet the Face and return the uniform.  Hearing the hirelings approach, the Sandman hides until he hears them depart and gives chase.  Catching the hireling meeting The Face, he overhears them describe a scheme in which Winslow had an interest in an Oklahoma oil well, one worth millions and how The Face has defrauded him, ultimately leading to Winslow’s death. Breaking through a skylight, the Sandman thrashes the hirelings while The Face flees.  The Sandman chases the Face, and seeing him take a hand car, drives onto he tracks in his car, smashing into the Face’s conveyance and seeing all of it crashing into the river below.  The Sandman departs, presuming the Face deceased (Adventure Comics #44).

Whether the Face survived and had additional encounters on Earth-Two has not been revealed. 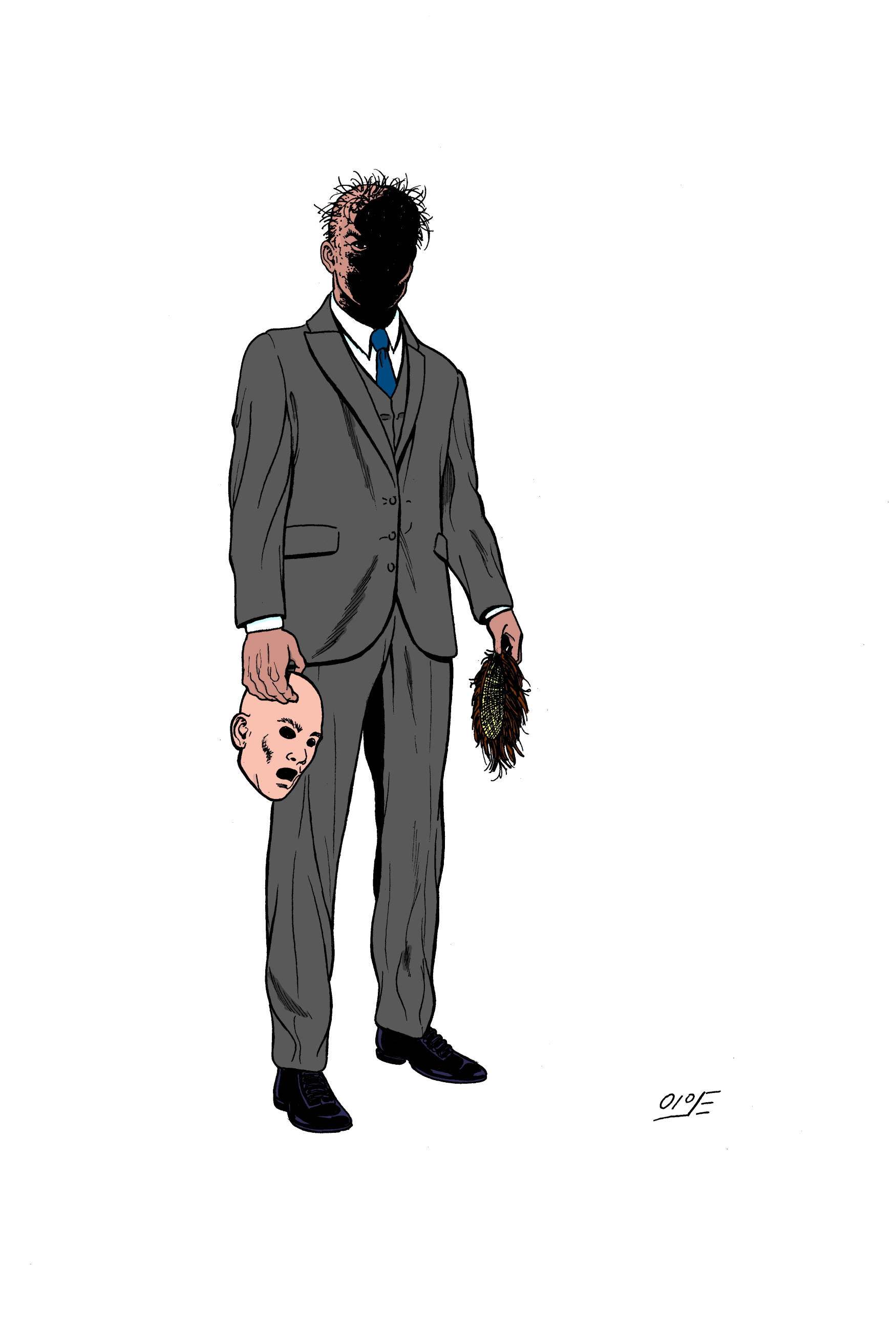 The Face was a master of disguise of sufficient skill that virtually nothing is known of actual appearance.  He was a ruthless criminal with knowledge of basic combat and sufficient intellect to engage in complex financial schemes

The Face was, by all appearances, a normal human and could be killed or wounded as such.

The Face of Earth-0 has a more extensive history that may or may not overlap with that of Earth-Two Face.  In this timeline, the Face’s first known activity is in February of 1938, when he was a contracted assassin tasked with created a gang way among various Asian factions in New York’s Chinatown.   His efforts were thwarted by the Sandman and he seemingly drowned without the Sandman learning much of his identity (Sandman Mystery Theatre #5-8). He later turned up again that year in a effort to assassinate the wife of the CEO of Bannermain Chemical until he was thwarted again, this time by the Sandman and the Hourman (Sandman Mystery Theatre #29-30).  The following year, he was hired by gangsters trying to ruin a publisher to kill the interfering Dian Belmont.  Again he was thwarted by Sandman but as usual escaped.

The Face is known to survive until at the least the 1990’s.  He was seen then in Opal City where he was an assassin-for-hire for Warren Gayle, owner of an airfield.  He escaped per usual but was seen to have a an accomplice or inheritor known as Nobody.  The final fate of the Face in this timeline is unknown.