The early life of the man known as Minister Blizzard is poorly known.  His name is unknown, though his last name may actually be "Blizzard" in the same way common human surnames include "Snow" or "Frost".   The first recorded activities of Minister Blizzard were in 1948 when Professor Chemico at Holiday College developed a device that could alter the environment of wide areas such as raising the temperature markedly by increasing levels of carbon dioxide to produce a green house gas effect.  His plan was to use the device to warm frozen tundra and expand the available surface for agriculture.  Holiday College sponsored Professor Chemico and the Holiday Girls to visit the Arctic to test out the device on a large scale.

Unbeknownst to the Professor, the Arctic was inhabited by a race of pale humanoids living on a city of floating icebergs.  This has been referred to as "Iceberg-Land" but that may be a human translation.  "Iceberg-Land" was ruled by a benevolent Princess Snowina whose political affairs were overseen by the ambitious Prime Minister Blizzard.  Blizzard allowed Snowina to hear a truncated version of a radio program covering the Chemico expedition, which he depicted to the Princess as an invasion from warmer climes.  He requested and received permission to intercept the expedition but he omitted to the Princess his plan to actually steal the device and use it for himself.  Absconding with the machine, he left the Chemico expedition stranded in ice-locked ship.

Returning to his homeland, Blizzard was confronted by the Princess about his plans for the device, which she deduced were belligerent.  Cornered, Blizzard stunned her a ray gun and hid her unconscious form behind some ice while he took the machine and headed for New York to conquer the city with a massive glacier.  Contacted by Etta Candy, Wonder Woman had freed the ship and learned of Blizzard plan's.  She raced back to New York and confronted Blizzard, capturing him easily. Princess Snowina, recovered from the stun ray, renounced the actions of Blizzard and turned him over to her soldiers.  She apologized profusely to Wonder Woman, offered to pay for all damage and in return, Wonder Woman pledged that the Chemico device would never deployed in the Arctic (Wonder Woman Vol. 1 #29).

The activities of Minister Blizzard after this case are unknown. 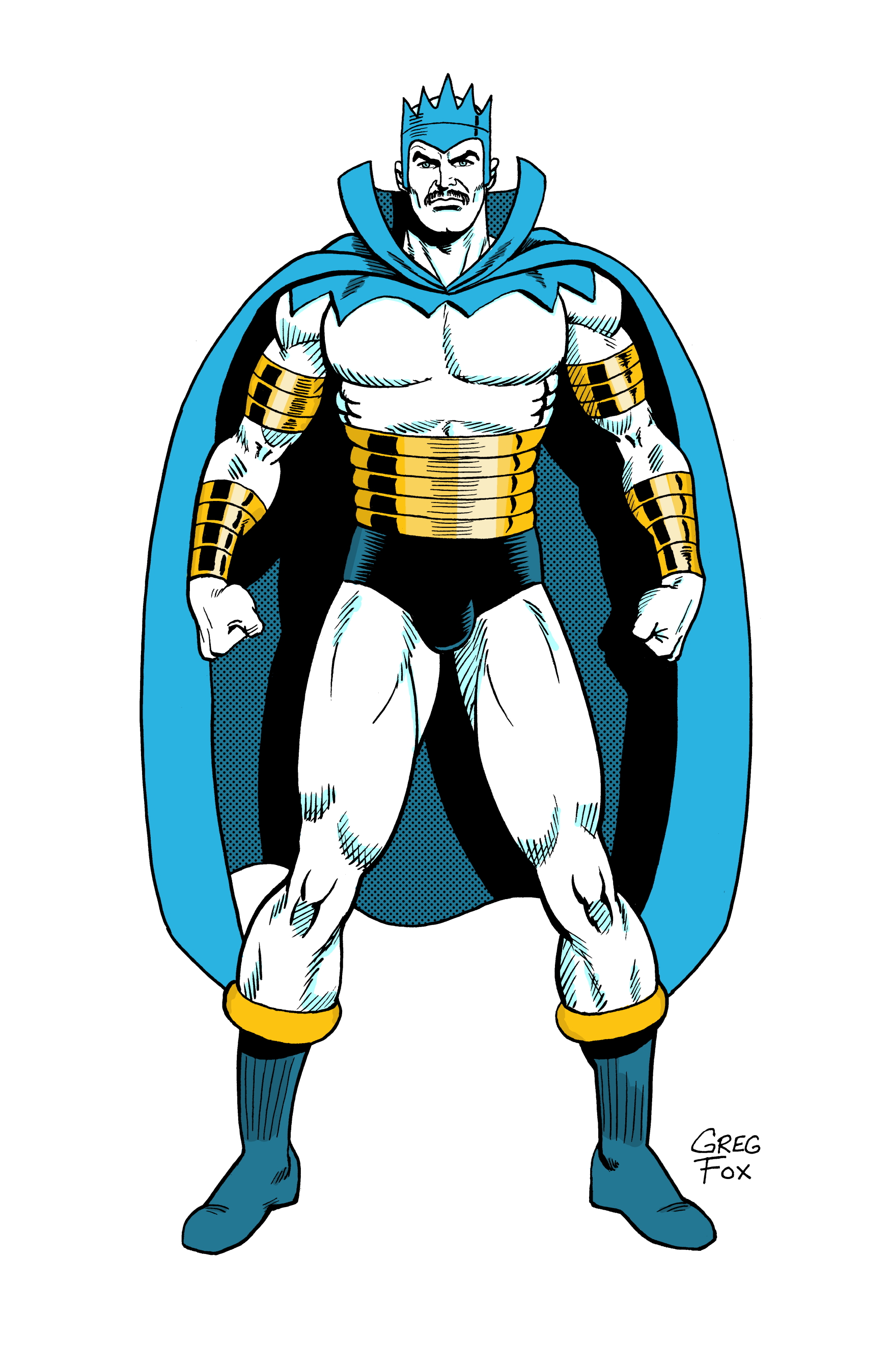 Minister Blizzard primary strengths are a devious and cunning mind and access to or creation of advanced weaponry.  This is largely centered on a variety of hand weapons that can freeze the air around the target or produce a stun ray, rendering the subject unconscious.  He also at one point had access to the Chemico Climate Machine but whether he retained the device or knowledge of its technology is unclear.

Minister Blizzard was in general an average member of his race and lacked super-human strength or speed.  He may have had some military training as part of his career as he commended his nation's soldiers known as Icicle Men.  Once deprived of his weapons, he has been easily captured by any hero he has confronted to date.

The activities of the Earth-One Minister Blizzard are unclear as to where they began.  In a case in 1966, he froze the island of Manhattan and attacked Steve Trevor (who recognized him) and Wonder Woman.  He claimed his mission was to freeze the city of New York and deliver it as a prize to Queen Snowina, whose affections he meant to win.  He was quickly defeated but the case was billed as "The Return of Minister Blizzard" and a "Golden Age Villain", suggesting this may have been an Earth-Two case.  On the other hand, Wonder Woman did not recognize Princess Snowina, whom the Earth-Two version had met.  It is possible some version of this existed on both worlds (Wonder Woman Vol. 1 #162).

The next recorded case of Minister Blizzard was when he joined two other cold-theme criminals - Captain Cold and the Icicle - in the frozen take-over of Ecudaor.  The South American disaster attracted the attention of the Justice League, who discovered the three villains were working under the direction of the Shadow Thief, all of whom were subsequently captured (Justice League of America #139).  It is never stated whether this is the Earth-One or Earth-Two Minister Blizzard and given the fuzziness in the record, it is possible that all recorded cases are in fact the same character. 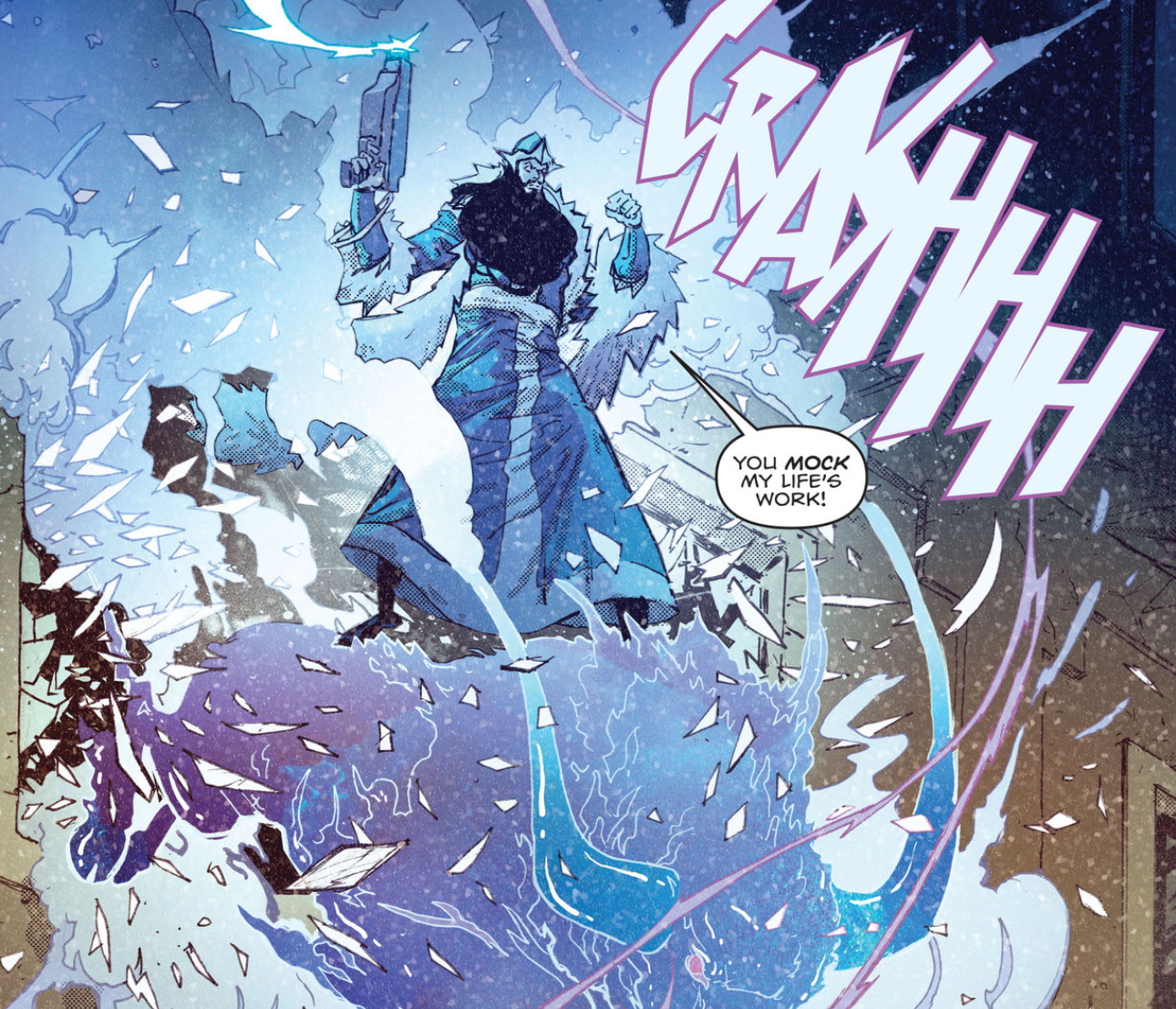 Little is known about the Minister Blizzard of the Post-Crisis Earth-0.  He has been referred to as an "eco-terrorist" who is primarily driven by the impact of global warming on his presumed homeland. The sole record was obtained during a outing with several historical foes of Wonder Woman who conducted a coordinated attack on the Amazon Princess.  Their efforts were thwarted by the arrival of a large number of her allies and Minister Blizzard was quickly captured by Superman (Wonder Woman Vol. 3 Annual #1).

The Minister Blizzard of this earth appeared in Gotham City in 2017.  He claimed to be the Prime Minister of a lost ice world and he had been threatening a Gotham billionaire who he claimed was mocking his homeland and his work with a ice-themed carnival.  Batman defeated him before he did anything seriously criminal and whether he was arrested or even taken seriously is unknown (Batman Vol. 3 Annual #1).

A Bizarro form of Minister Blizzard exists on the Bizarro World know as Baron Blister, who is absolutely not trying to save his tropical homeland (Tis The Season To Be Freezin' #1).