No information is available on the life of David Manders before he became President of Station WABX in Cosmos City.  In 1942, he was president when all broadcasts were interrupted by an unknown agent, identifying himself as Professor Q.   Professor Q posed the question of what happens to dollars when you take care of pennies? The next day, his minions robbed a bank while he patiently waited outside.  The next night he posed a new question - why should politicians avoid the theatre?  Shortly thereafter, the mayor is murdered during a play.

The following day broadcast executives meet with the police to demand that something be done to save the city and protect their livelihood.  Manders specifically threatens to run for mayor himself and remove everyone he sees as incompetent in the search for Professor Q.  The police assure  the assemblage that they are on the case and have brought in a scientist - Rex Tyler - to help. That evening, Q asks the question - Does Manders know what happened to the Tower of Babel?  Rex Tyler - also known as Hourman - deduces that Professor Q is targeting new Bernard Abel Tower (B.Abel) and means to destroy it.

Racing to the site, Hourman and sidekick Jimmy "Minute-Man" Martin find more of Professor Q's minions with explosives and quickly thrashes all of them.  Professor Q taunts them from the shadows but when Jimmy charges him, he proves only to be a dummy with a radio broadcaster device hidden within.  Hourman concludes that teh only way Professor Q could engage them would be if he could see them, most obviously from the adjacent building.   Crashing through a window onto a stage show in progress, they are again set upon by Professor Q's minions.  Fighting their way to the top of the building, they come to David Mander's office.  As they enter, the door locks and Professor Q taunts them with certain death, overheating them with intense radio waves.

As the room heats up, they spy a two-window and smash through, finding Professor Q's control room.  Stripping away his mask, they reveal that Professor Q is indeed David Manders,  Professor Q knew Manders was planning to run for mayor and the only way he could have known that was if he was in fact Manders.  His goal was to create a crime wave and  then ride into office on a "Clean Up the City" ticket.   Hourman and Jimmy Martin began a melee with Manders, fighting up the side of the building to the roof, where Manders snags Hourman cape in the gears of a rotating beacon.  As Jimmy frees him, Professor Q rushes the heroes, revolver in hand, but he is blinded by the beacon and misses his mark, tumbling over the side of the building to the street far below. 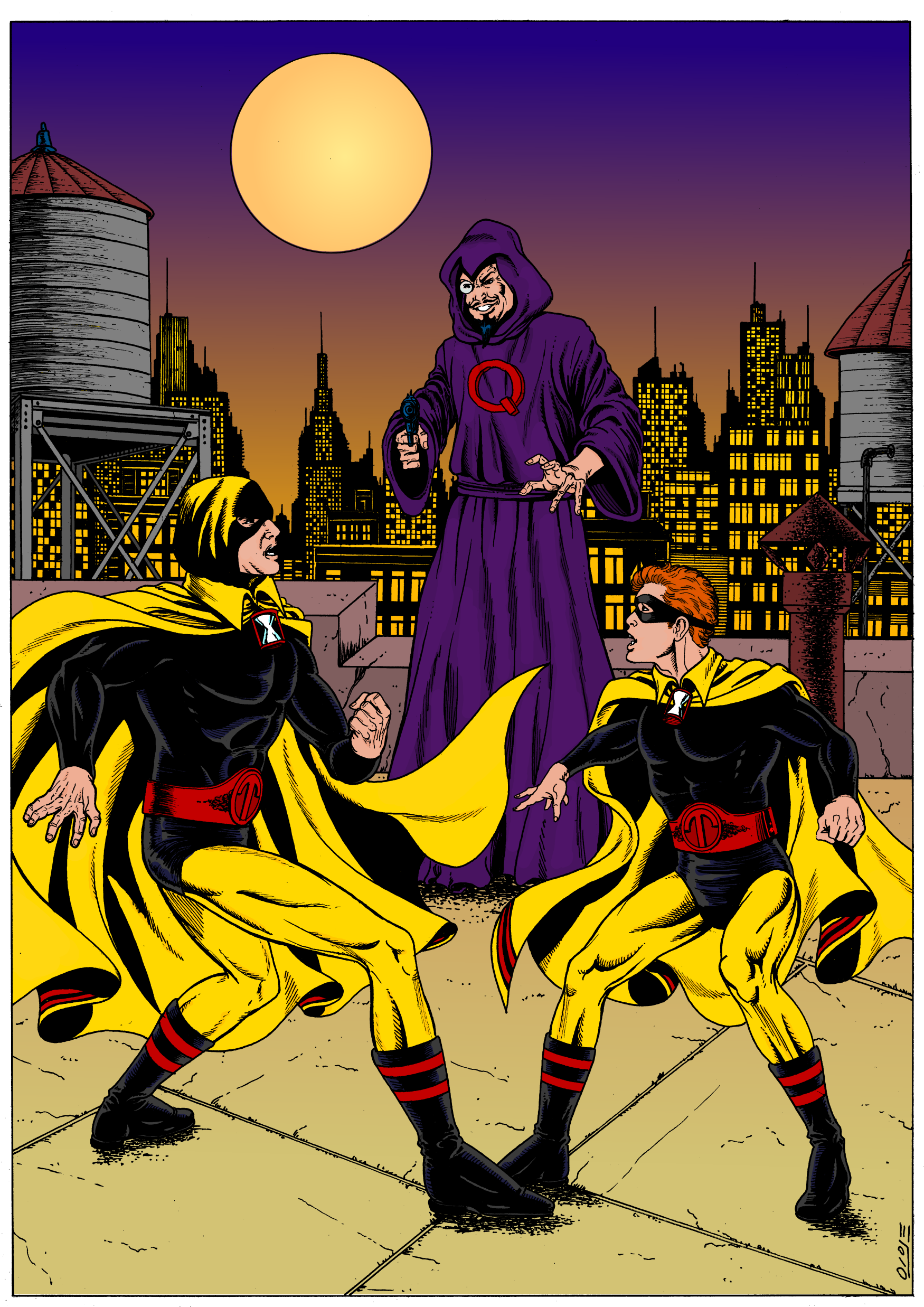 Professor Q was an accomplished voice actor with an extensive knowledge of radio equipment.  He was an above average physical specimen, sufficient to engage in fisticuffs with Hourman, but had no super-powers.

Manders had no superhuman abilities and could be injured as a normal human could.

No version of Professor Q has been verified to exist in any timeline but Earth-Two.