The Fisherman started his criminal career in 1945 after achieving a degree of fame and notoriety as a professional fly fisherman.  His illegal activities appear to have spun out not of distress on his part but a simple insatiable greed.  In November of 1945, a series of thefts baffled local authorities when windows mysterious were broken and locations robbed with no clue of how they were instigated.  The Fisherman had surmised that most methods of B&E leave evidence but a lead-weight sinker could smash glass and be reeled in, leaving no clues.

The following week, McNider attends a medical conference were the vacationing physicians are caught up in a fishing craze.   Walking home from a conference dinner, Myra Mason is struck by a lead weight when walking in front of a jewelry store.  Sending the mildly injured Mason home in a cab, McNider quickly switch his guise to Dr. Mid-Nite and waits to see if someone comes to collect their lure.  Thinking the coast clear, the Fisherman again uses his rod and reel to smash the window and coming to collect his bounty, is tackled by Dr. Mid-Nite. As they struggle, Mid-Nite is distracted by the sight of the Fisherman’s heavily callused thumb and the criminal gains the advantage, grabbing a blackout bomb and clobbering Mid-Nite with a gaffing hook.

The next day at the conference, McNider notices  that several of the attendees also have callused thumbs and on inquiry, learns that the mark is a by-product of heavy use of a rod and reel.  Concluding that the Fisherman must be a very active, likely professional level angler, McNider decides to stage an event at the estate of Van Hadden’s, owners of a world famous diamond collection and send invitations to all the professional anglers in the area.  When Kurt Hartmann receives one, he is excited by the idea of using a black out bomb to cover his theft of the diamond.  When he does, Dr. Mid-Nite reveals himself and makes short of work of the criminal piscator, who is promptly turned over to the authorities.

The later activities of the Fisherman have not been revealed. 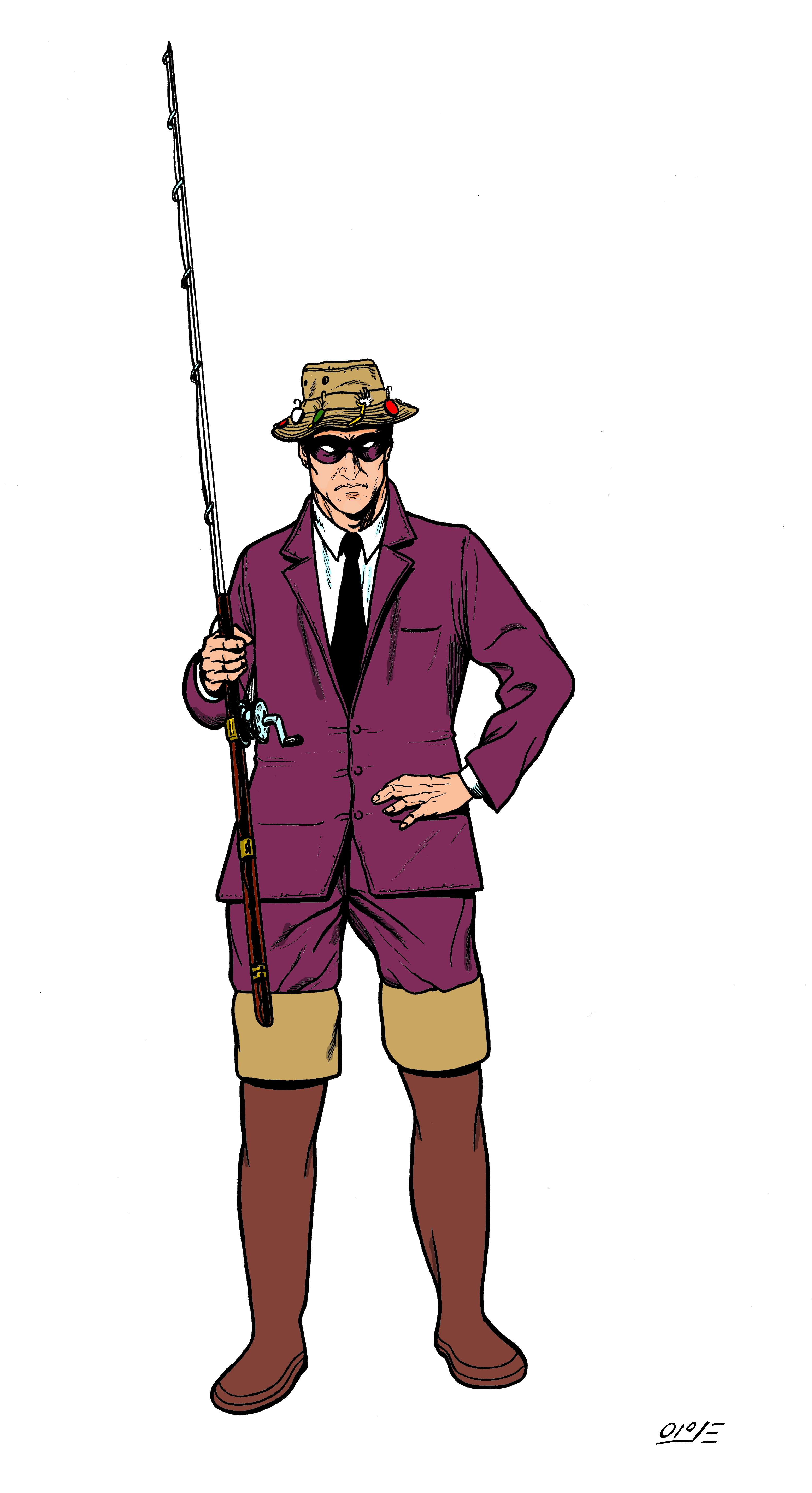 The Fisherman was an elite athlete with a specialization in angling. He had expected characteristics of fisherman - excellent aim, physical strength and speed especially in his arms - that would be expected of an athlete of his caliber.  As a product of his success in professional fishing he owned and had access to a wide array of specialized high quality fishing equipment that he used for crime.

Bereft of his equipment, the Fisherman was an ordinary mortal and easily defeated.