The first known case of the Sky-Raider occur in the summer of 1948 when an astonished crowd of New Yorkers looked into the sky to see an dog sled racing through the air driven by a man in a parka and his accomplices.  Stopping at the skyscraper offices of the National Securities Company, the henchmen quickly began to work to remove the save when Dr. Mid-Nite, who had witnessed their arrival as Charles McNider on the street below, burst into the room.    Immediately engaged by the lackey, Mid-Nite is caught off guard when the safe is thrown at him only to find it light as a feather.  The Sky-Raider then took advantage of the distracted hero to bind  him in liquid cement.  The criminals then loaded the captive Mid-Nite and the safe onto their floating sled and took off into the sky.

The criminals had made a hideaway in the secluded parts of the Adirondacks and enroute, the Sky-Raider drops the bound Mid-Nite into the depths of a nearby lake.  Fortuitously giant crayfish inhabited the lake and instantly attack, snapping away the adhesive bonds.  Arriving sometime later in their lair, the Sky-Raider and his minions were shocked to find Dr. Mid-Nite waiting for them, having identified their address from a call to local helium distributors.  After thrashing the criminals, Mid-Nite himself flew the gang and the safe back to New York on the sky-sled.  There he revealed the Raider’s secret, an extensive use of helium containing materials to lighten the weight and allow the appearance of flight.

The ultimate fate of the Sky-Raider is unknown. 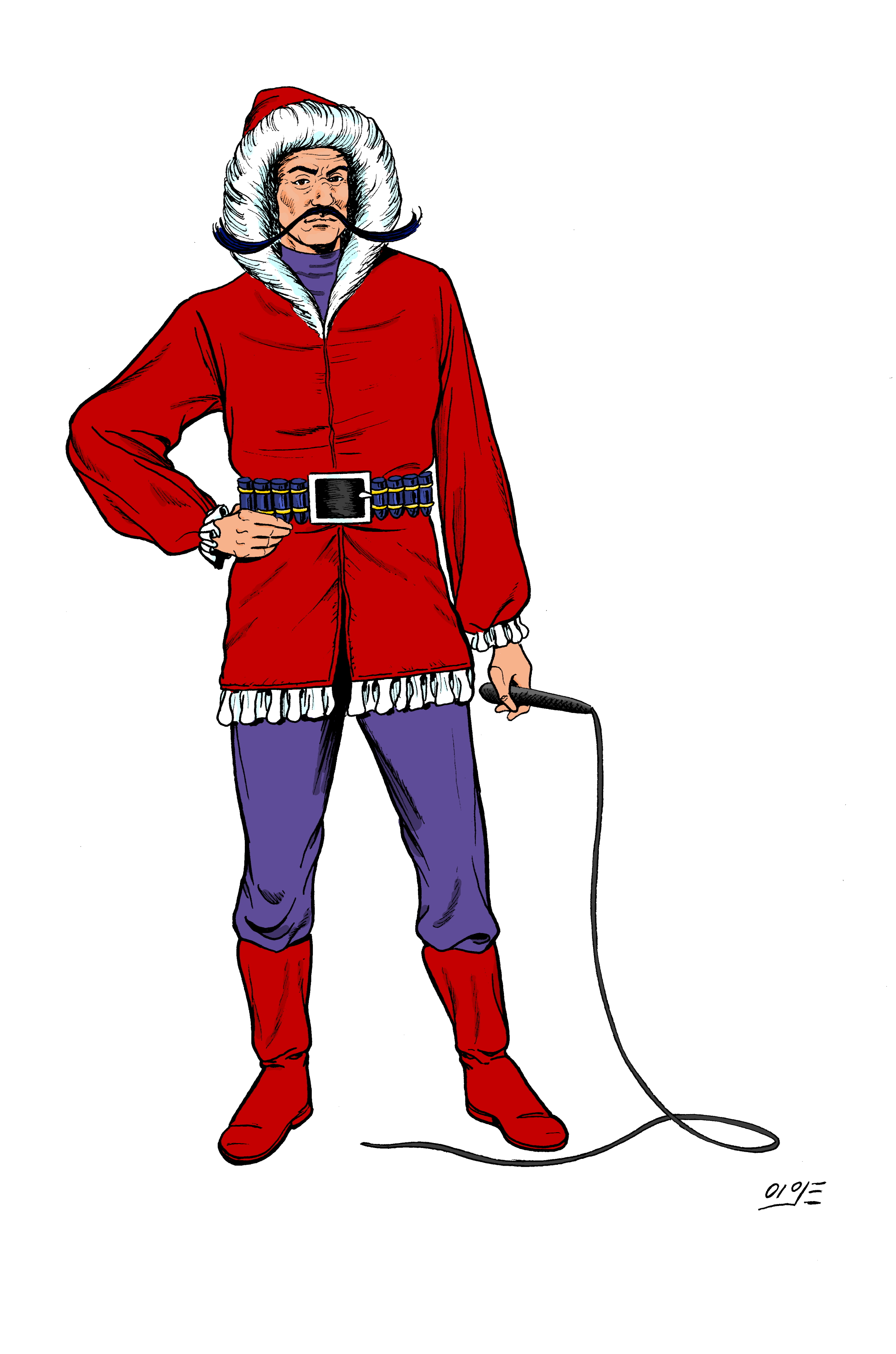 The primary advantages of the Sky Raider was a series of implements using helium which helped him defy the effects of gravity.  This includes a flying sled, a team of dogs in anti-gravity harnesses, and boots that let the use "run" on air.  He also had materials to render other items weightless and a series of weapons including one that shoots quick-drying liquid adhesives.

Separated from his  thugs and his weapons, the Sky Raider was an ordinary mortal and easily defeated.

No evidence of The Sky Raider's existence has been documented in any time line other than Earth-Two.