Little is known about the life of Rocco Togg before he set up his first base of criminal operations on a small piece of land called Wide Island off the cost of New England. He possessed advanced scientific training, at least to doctorate level,  and an understanding of genetics and developmental biology that was well ahead of his time. He often claimed to have been scorned, implying that he had once held a formal position but may have lost it.

Dr. Togg first came to public attention in 1940. To acquire resources and funding to support his research operations, Togg had generated a specialized hybrid of dog and bird which he termed a gombezi. The gombezi possessed the head and torso of a dog but the grasping feet and wings of a large bird. Through either genetics or surgical modification, Togg had imbued his creation with the ability of limited speech, allowing him to issue primitive commands and communicate by radio transmission. The gombezis also had a thick slippery hide making them immune to some projectiles and difficult to hold on to.

Togg began his criminal career with a series of robberies along the New England coast, including having his gombezis rob a mail train and a few local banks. After a couple of weeks of headline grabbing robberies, Togg set his sights on a large radium shipment aboard the S.S. Cambria bound for New York Harbor. Meanwhile in New York City, Rex Tyler read of the Cambria's cargo and made the logical deduction that it would be the next target of the strange robberies. Intercepting it before it docked, Hourman found the ship raided by gombezis. In hot pursuit, he followed the strange creatures back to Wide Island and entered Dr. Togg's lair. Recognizing the nature of the threat, Togg unleashed a new hybrid, the wolf-buzzard, against Hourman. Thinking quickly, Hourman threw a collection of chemicals at them, bring the building down around them. In the aftermath, Togg was nowhere to be found and presumed dead (Adventure Comics #57).

Whether he survived or produced heirs is unknown. 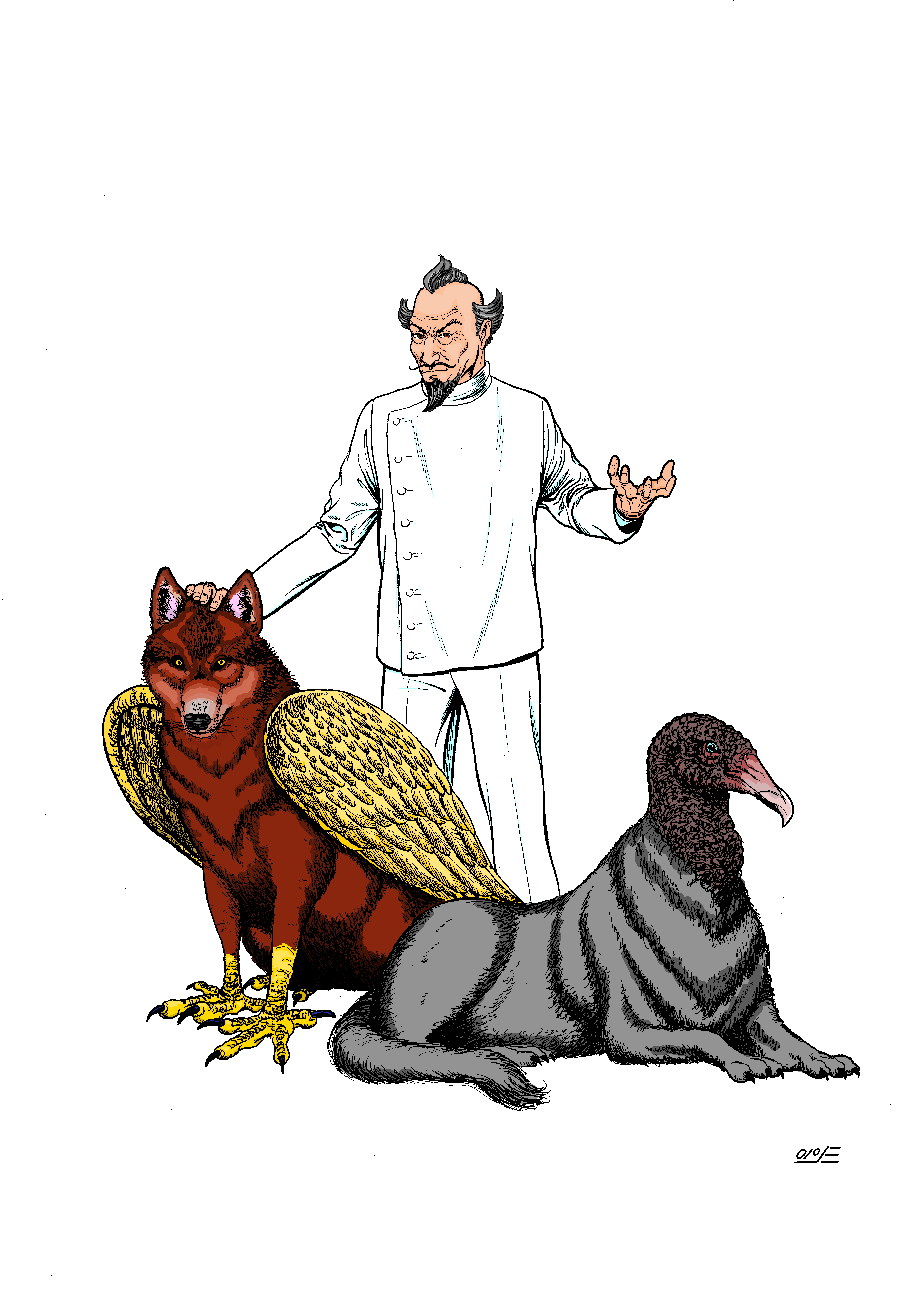 Dr. Togg possessed no super-powers. He was an extremely skilled scientist and possessed an understanding of genetics and organic manipulation advanced even by modern standards. Togg also was a master engineer and generated a variety of novel technologies for his personal use. While most of his devices centered on the creation of hybrid monstrosities to act as his personal assistants, he also developed a neophyte form of video communication known as the Radiofoto.

Togg was a normal human and, after getting past his monstrous lackeys, could be captured as such.

Togg's first case in the post-Crisis Earth-0 timeline was likely very similar to his counterpart on Earth-Two.  On this earth, he is known to have escaped and his next recorded appearance of Dr. Togg was in 1942, when he kidnapped the wife of the mayor of New York. Holding her hostage while his gombezis raided New York, Togg threatened to turn  her and a variety of others into a hybrid monsters. Tracking him to a hideout in the Mid-Town Chemical building, Hourman thrashed both Togg and his gombezis, allowing the villain to be bathed in the light of his own "monstroscopic lamp". The result mutated Togg significantly, a condition he retained for the next 58 years (Hourman #5).

In 1999, Rocco Togg was paroled after 58 years in the New York State Penitentiary. Contacting World-Farmco Industries, he convinced them to restore his lab, ostensibly for their benefit. Instead, Togg re-created his force of mutated Gombezis and sought to capture Bethany Lee, a companion of the modern Hourman. The modern version made short work of the elderly scientist and his plans but instead of returning him to prison, had him use his considerable genetics acumen in an attempt to cure Rick Tyler, the son of the original Hourman.  (Hourman #10). Togg and his team were eventually successful in curing Rick and he remained on the ship until the android Hourman  left to eventually replace Rex Tyler and restore him to a normal life in the 20th century. (Hourman #25).  What became of Togg after these events is unknown.